We apologise for the late post/notice because we were busy with 9TH Debut ^^
Presenting to you the detailed report of gifts prepared for our beloved star, Lee Seung Gi
'Kang Chi, the Beginning' Production Director, Writer, Hook entertainment Staff and on-site drama crews. The drama support event - Meal took place on 23 May 2013~ ^^

이승기Thailand, 이승기Turkey, 이승기Philippines, 이승기Vietnam, 이승기Indonesia
Before we start, you would probably be seeing an unfamilar word "Worldren"? What does it means?
As part of Lee Seung Gi Korea with World Airen community, we have called ourselves Worldren. Is Seung Gi aware about this name, Worldren? Yes! ^^

'Gu Family Pearls' has been found and finally Worldren can end the tracking for it all over the world. Half human half beast Kang Chi can finally become a full human, putting an end to all tears! hehe

On behalf of Worldren's heart, we have prepared 30 pearls for Kang Chi who desires to become happy, wishing him to be healthier despite his busy schedule and to finish filming safe and sound.


The fine box containing traditional homemade beef jerky using the best beef and made with only natural ingredients, without any chemicals substances added. We have prepared this for our dear Seung Gi who loves beef jerky so that he could eat them when he is hungry during overnight filming.

Unlike the modern drama, historical drama also focuses on the use of vocals and with the fluctuation in temperature between day and night and with the severe flu season, it could be tiring for his vocal cord. Hence, we have prepared bellflower (Platycodon grandiflorum) in order to protect his vocal cord~


Considering the hassle of going to the washroom dressed in historical drama clothes, we have prepared sliced bellflower as it seems to be more convenient to have it than juice.
We have also prepared and generously distributed to the filming crews and Hook on-site staff.

Worldren have to protect the body of our Actor!
Many hazardous essence used for this production~
We do not know how the story unfolds in the upcoming episodes but we have prepared Worldren first-aid kit, hoping that he will finish his final filming without injury. Although in our mind we hope he does not have to use this...the contents was still meticulously packed ^^;

With a busy filming schedule in full swing, rainy days and sleepless nights have passed.
We have prepared a lightweight 100% cotton and sweat absorbing blanket with Seung Gi's name embroidered on it so that he could use it during rest or have a good night's sleep in the car.

Box of chocolates with an American flag at a glance~
Chocolates from manufacturing factory sent over directly from as far as America~
Devotion has made it sweeter and he will be tasting this sweet and smooth chocolate many times.

And of course! Gifts from Singapore!
Singapore Airens' fund were contributed fully to support the drama support projects.
Apart from what was being raised by Singapore Airens, Lee Seung Gi Singapore Staff have contributed and prepared more than 20 boxes of Singapore Gaufres for Seung Gi and drama's casts and crews. The beautiful casing which symbolise Singapore; Merlion and Orchid were put together with other gifts.
Beside this, Barbecue pork slices from Singapore were also prepared for Seung Gi! The famous 'Bee Cheng Heang' barbecue jerky has been prepared and brought over from Singapore and put together with other gifts ^^

Kang Chi's Earphone cap that has been recognised by 'Kang Chi, the Beginning' staff too, have been generously prepared for the on-site staff.

The 'Gu Family Book' (구가의 서) from each country to cheer for half human half beast Kang Chi and actor Lee Seung Gi were delivered.
We have wrote a letter with Singapore Airen's passion and love towards Lee Seung Gi. Seung Gi would have already read it with all his heart! ^^

'Kang Chi's shoulder stiffness relief vapour/steam patch' for daytime - use for relief stiff neck and fatigue,
'Kang Chi's precious sleeping time vapour/steam patch' - a 20minutes night intensive relief patch for shoulder stiffness.
'Vapour/steam eye mask' for our crying star to wipe out eye fatigue. (Crying star because he has lots of crying scene ㅋㅋ)
And cooling sprays to ease the fatigue in his calf and sole of the foot has also been included.

And with this, we have prepared 3 overflowing boxes of gifts for our dear Seung Gi.
We hope you like what was being prepared with all Worldren's heart and strength from around the world.

A 'DAMMANN FRERES' flavor tea set know for its taste and as one of the oldest traditional tea with a history of 320 years, has been prepared for Writer Kang Eun Kyung.

We have also prepared a wooden ballpoint pen with the writer's full name carved on the pen case.

Gifts prepared sincerely by USA, Japan and Singapore have also been sent together.

'Jung Gwan Jang' revitalising set and 'LAB' cosmetics, Kiehl's toiletries and gifts from USA, Japan and Singapore were all prepared, put together and delivered to Hook on-site staff who have been taking care of our beloved Seung Gi.

Together with Lee Seung Gi Korea with World Airen, Lee Seung Gi Singapore have also included 'Kang Chi's umbrella' that were made to commemorate Kang Chi, the Beginning drama at LSGKWA.

We have handed all the gifts for Seung Gi and Hook on-site staff during the support meal event on 23th May. We have also delivered the gifts to both actors and actresses who were present on that day for filming.

Gifts for actors and actresses who were not present on the support meal event were delivered on another day. As the drama schedule was arrange in a way that only some casts were onsite on different day, we hope the casts who were not present will understand that the gifts would not be able to deliver on the same day to them.

Sincerely thank you to all Koreanren who have always been quietly lending us their strength and help.We do not know if the contents that have been prepared on behalf of many people have been conveyed with all your hearts..But we hope with all of your love for our Seung Gi, we can fill up these lacking.

To all fund contributors in Singapore, thank you so much once again for supporting this event and we really appreciate all the cheer and help. Please continue to support Lee Seung Gi Singapore in delivering cheer and love to our star, Lee Seung Gi ^^On a side note, we will inform you about the progress of 9th Debut Anniversary event in a separate notice. 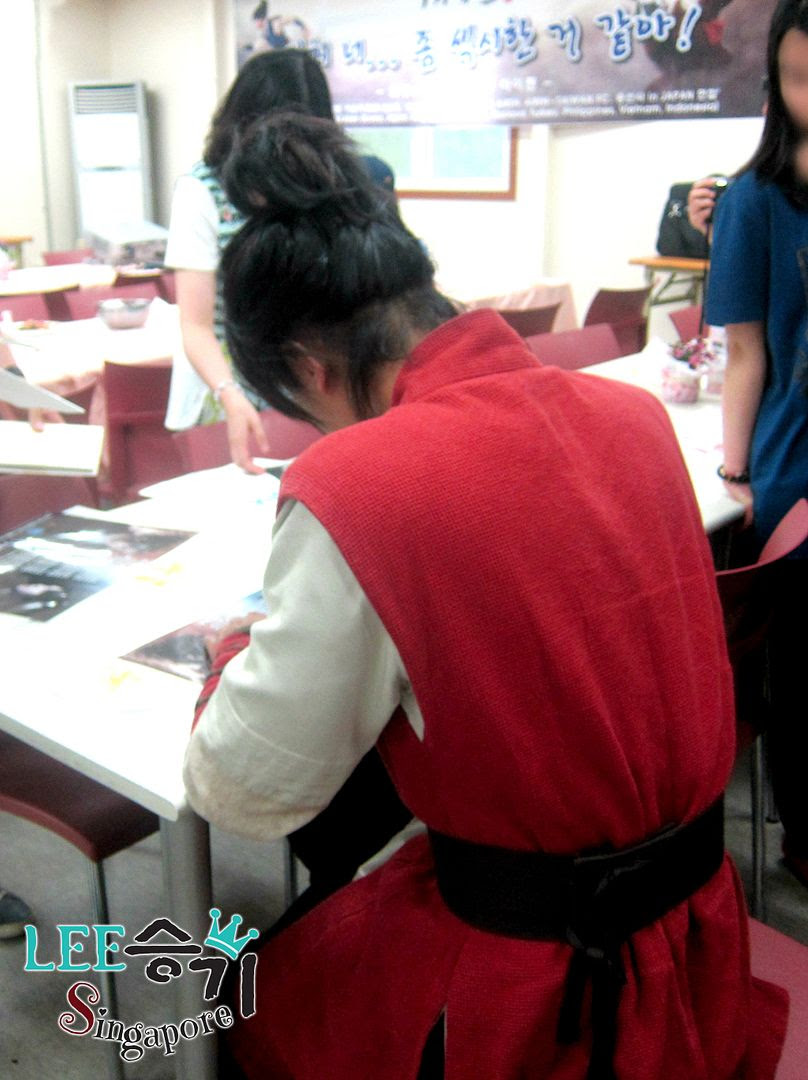 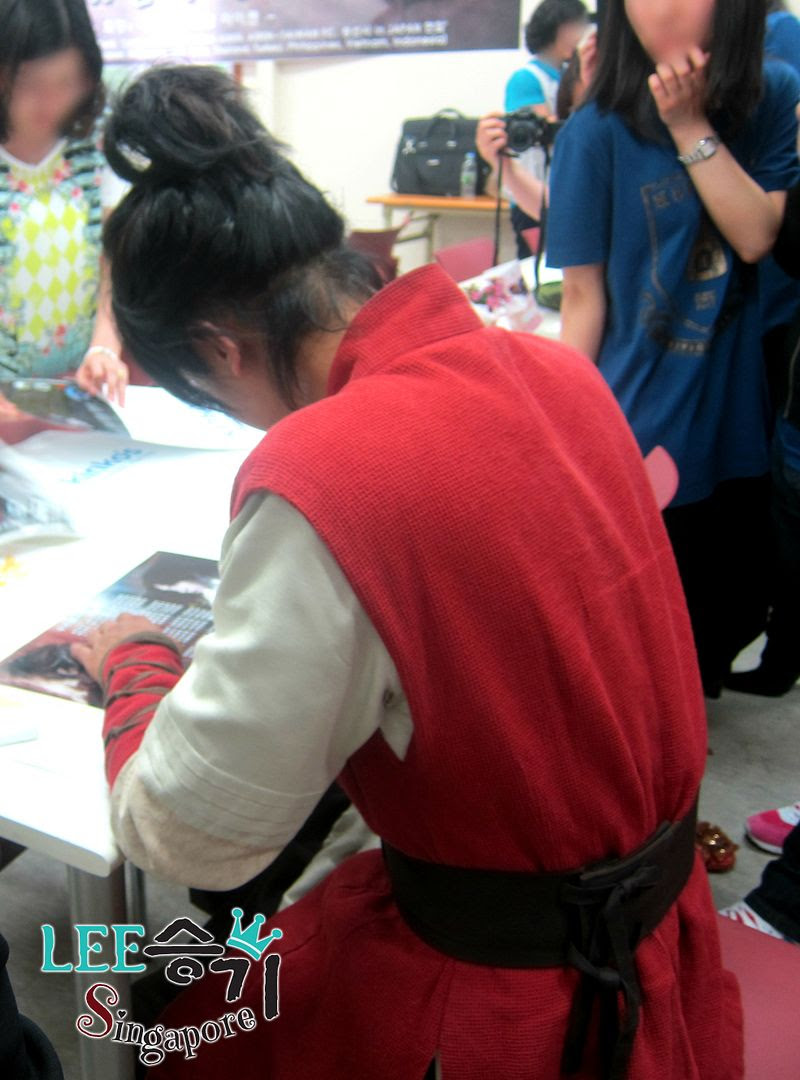 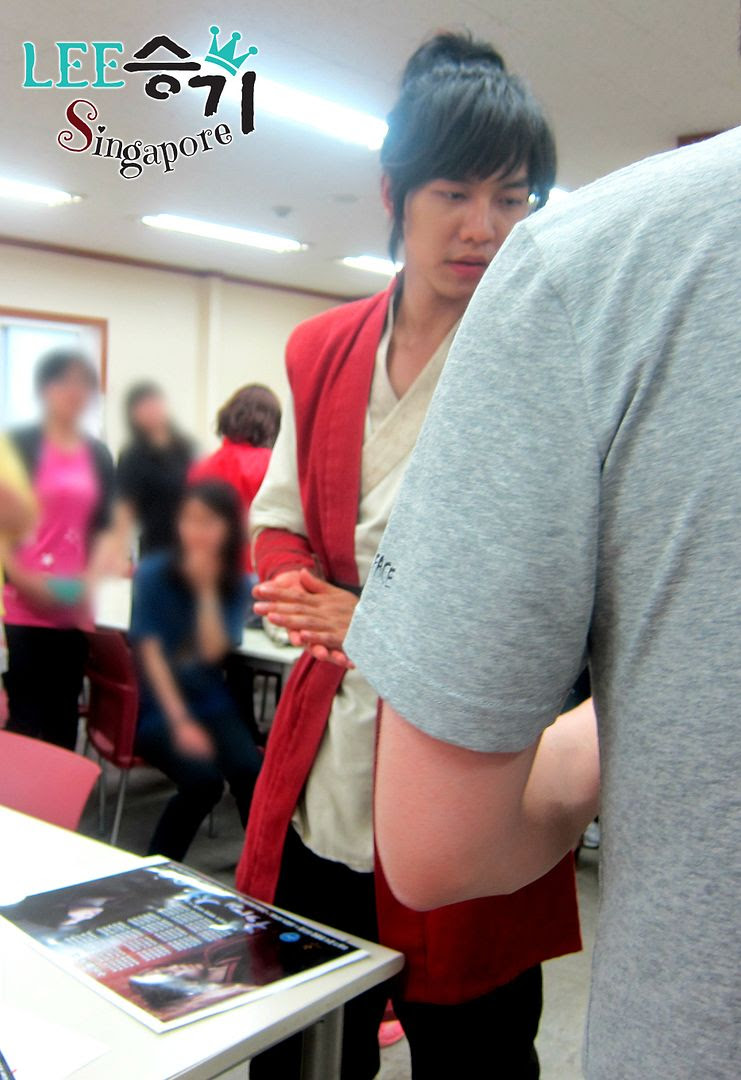 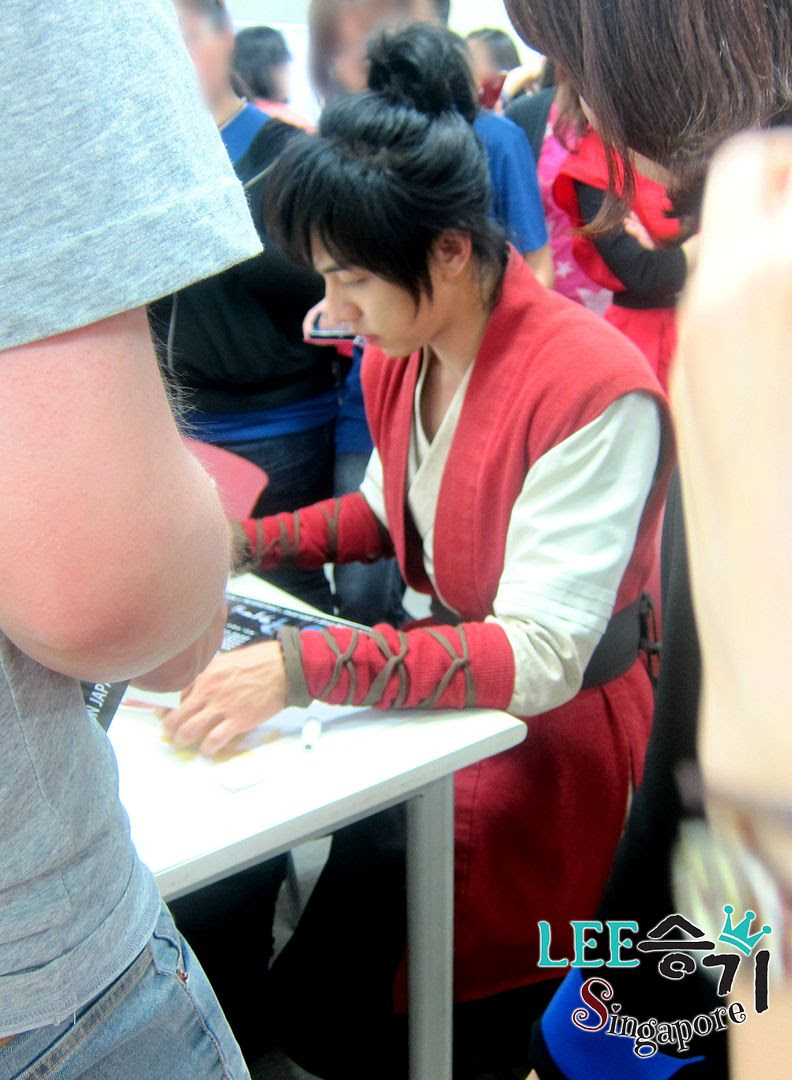 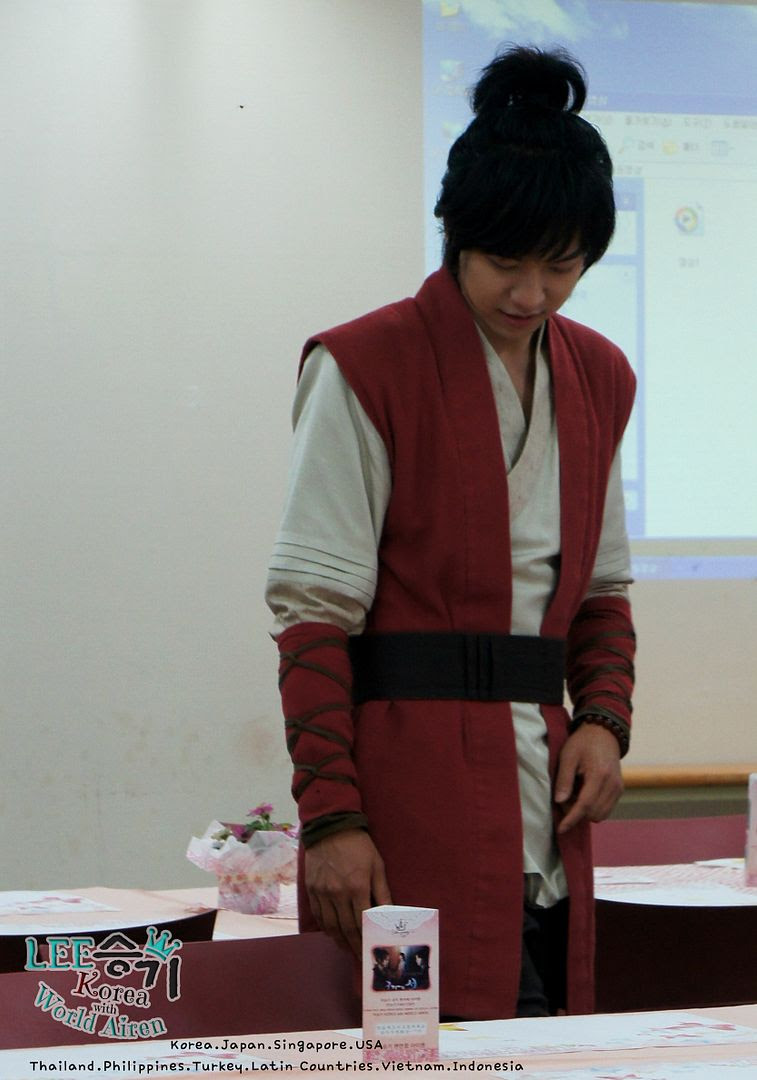 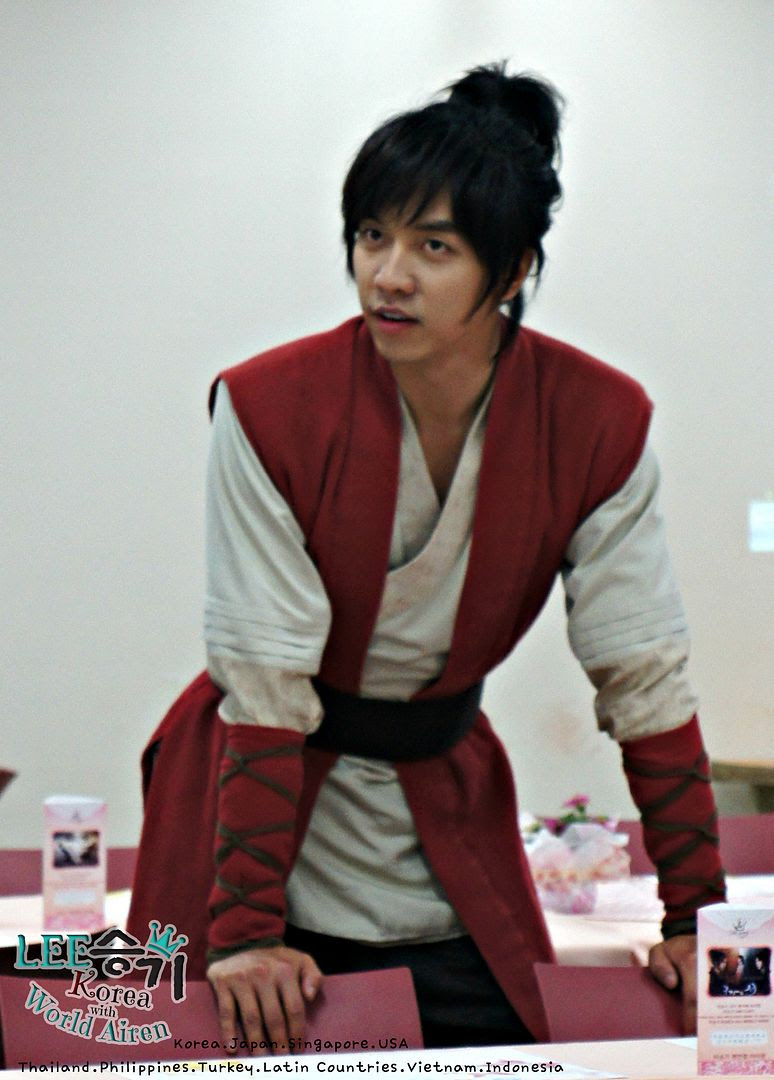 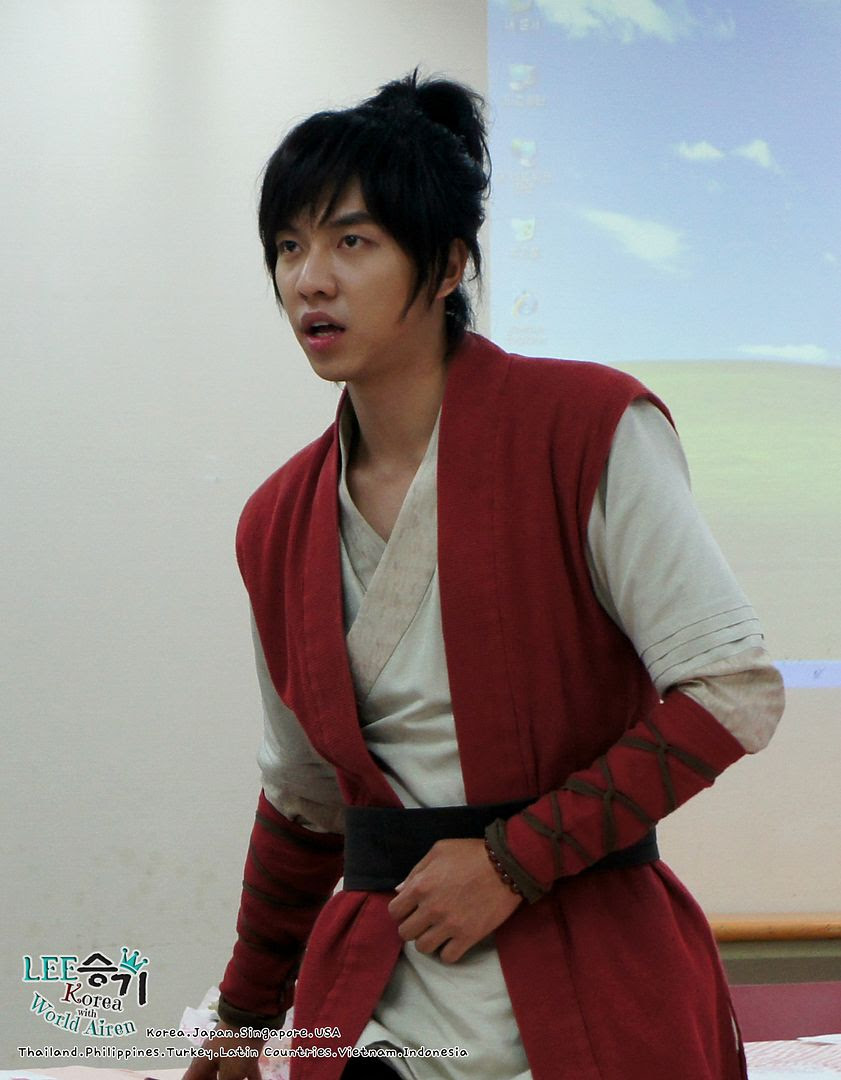 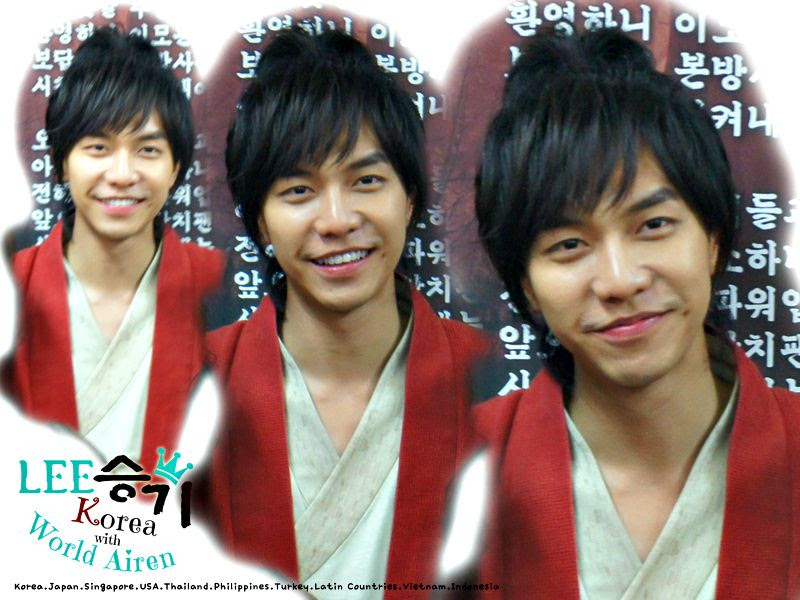 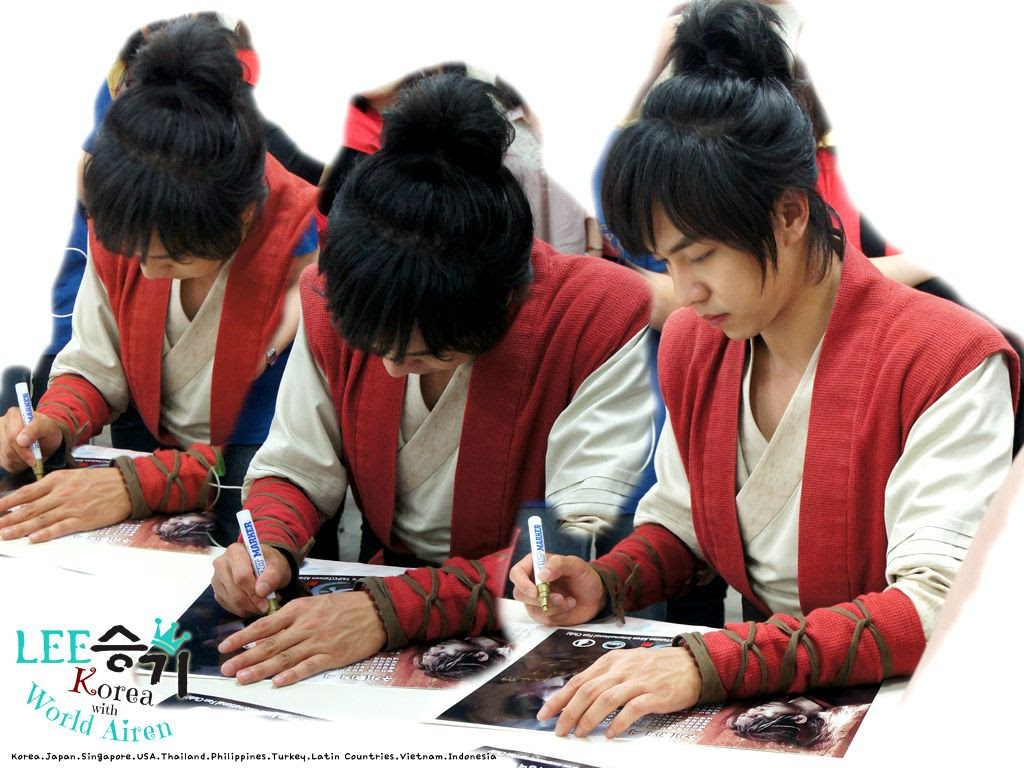