It has been a week after Singapore FM. How have you been? It was another amazing year as Hook and Seung Gi returned to Singapore for the third time!! There have been discussions going on about FM in Singapore as soon as Seung Gi discharged from military but things hasn't really been finalised till June. As Seung Gi is preparing for his new drama, Vagabond, they decided that it will be nice to greet Singapore Airen in Singapore and as soon as the news is out, it got everyone really excited and thank you for embarking this exciting journey with us once again!!!

Did you participate in Airen Surprise Mission 101 on Facebook? We have been informed that we are not allowed to disclose his flight details openly and in order to reach out to you in the fastest way possible, we did a post to capture your attention and put facebook messenger into good use. Haha! You and I know how much Seung Gi would look forward to the airport crowd. Of course, we didn't disappoint him despite all the challenges we faced~ 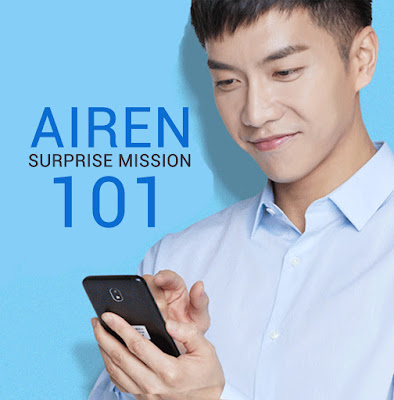 We prepared a bouquet of flowers with a thank you card for his arrival. Unlike the previous time where event organiser would allow one Singapore Airen to pass to him when he arrive, our request has been denied. Sigh! Even though the flowers were not handed by Singapore Airen, the event organiser in Singapore presented to him on our behalf. We felt it isn't a very bad idea afterall, right? At least it still from all of us and for him. ^^

Thanks to LSGKWA, they made custom-made fans and brought it all the way to Singapore from Korea and have it distributed at the airport. Thank you Korean Airen~ And to all our overseas Airen friends, welcome back!! It has been a long time since we last met, 5 years?

Even though the barricades at T4 seems to be longer, wider than the usual T3 area that we always welcome him, we have strong faith that it will be packed with Airen before he arrived. More than 180 of you welcomed him at the airport. Thank you!!! Did you have that special moment and interaction with him just like what the Mission 101 has mentioned? Seung Gi looked really happy to see us! He is probably as excited as well! His smile totally melts our heart~ Hehe 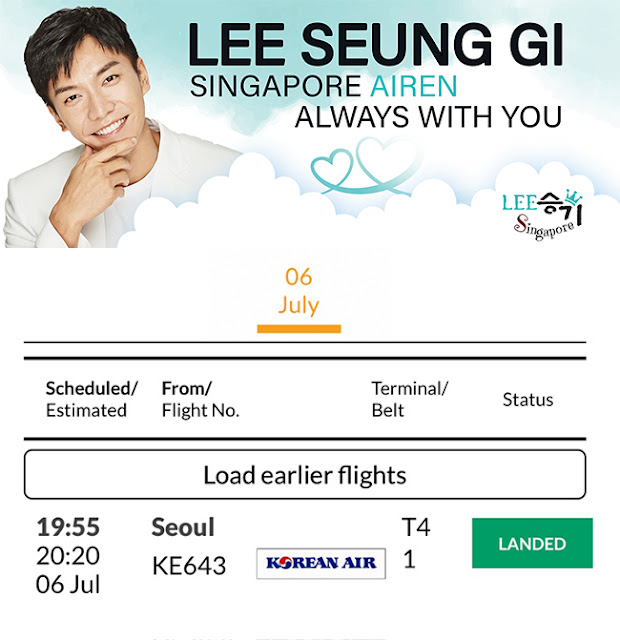 If you thought that is all for that day...you are wrong! Hehe! Actually Singapore Airen surprise Mission 101 for Seung Gi was carried out early dawn on his arrival day while everyone was sleeping. Flower box with Rose Moet champagne and Lee Seung Gi Asia FM portrait (pieced together by tiny lego blocks - picxels) was handed over to Korean event organiser and later placed in his room before his arrival.

Familiar snacks such as Noble coffee, Honey Butter Chips, Korean Instant Noodles were also placed in his room just to make sure he has plenty to munch without missing home too much. hehe. Did you get it right? The familiar snacks that he mentioned during FM that Singapore Airen has been preparing for him in Korea and in Singapore is none other than the Salted Egg Potato Chips. Haha! It probably the most sinful snack among all so must make sure the snack is worth the calories. He was first introduced to this snacks during Hwayugi filming. The filming crews told him it was super addictive but they couldnt figure out what was it. Haha! We also prepared some local brands canned drinks such as Ayataka Green Tea, Pokka Jasmine Green Tea and Lemon Tea. Yes, he was spoilt by choice. hahaha!

Not forgetting Hook staff and backstage crews who have travelled all the way from Korea to support the FM. We prepared Singapore Signature Coffee, Kopi-C, Kopi-O Kosong and Kopi-O, Singapore pouch (2 designs) and Salted Egg Potato Chips.

So...What was his reaction when he entered his hotel room? We will tell you in our next post!!! =P